I went to Dr. Toman on Dec,15 with my right knee really hurting. I had 4 cartilge operations on each knee before this. He said the knee has to be replaced and explained eveything to me. He did the surgery on December the 29th 2012. You won’t believe this but I was walking a 1/2 mile in 4 days. and in 2 weeks I hit my goal and dropped out therapy with his permission.

I’ll tell you one thing if you do the exercises like your suppose to you will be well in no time. I also have to have the other knee done and guess what Dr. Toman will do the other one.

I have had 3 back surgeries and have had several cortizone shots, nerve blocks and none of them helped. I went in about 5 weeks latter with terrible ziatica pain on the left side he had me stand up and move around untill I found the exact spot that hurt and gave me a shot and by that night the pain was gone then about 2 weeks latter it hit me in the right side and he did the same thing again on the right, that night the pain was gone. When I went back in I hugged his neck and told him he did a miracle on me with the shots when a neurosurgeon and an anethesiologist never ever helped me he was the first one to help. I appreciate him so much. He is such a caring and dedicating Doctor. Also so nice to his patients and does not rush any one.

May God bless you and keep you Dr. Toman you have my greatest respect and thank you so much for what you have done for me. I will never forget you. 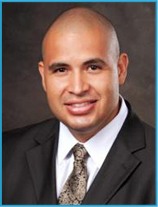